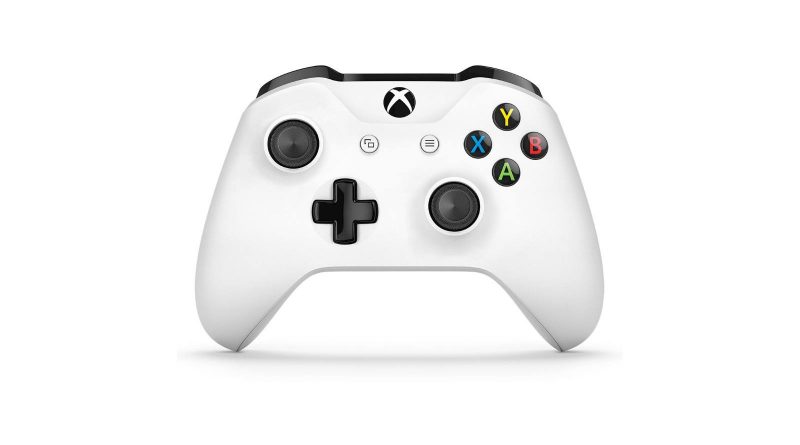 After many hours of playing and reviewing video games on our Xbox One consoles, the original controllers were basically shot. Stick drift, a broken bumper and trashed and worn analog stick surfaces were all issues that we had experienced, fixed, and experienced again. We’d had it and it was time to stop patching things up and retire and replace our original controllers. When we came across a good deal on the newer Xbox One S controllers about 3 months ago, we picked up a pair. Read our thoughts below in our White Xbox One controller review. This review may contain affiliate links.

At first glance these newer controllers look very similar to the old controllers. The most notable difference in appearance is the plastic surrounding the round Xbox or Xbox Guide Button. This is now part of the main controller body. As a result, this area is now the same color as the controller body. The previous version had a separate piece of plastic that was gloss black. The Xbox button also seems a bit smaller on this newer version.

The differences between the original controller and the updated version extend beyond appearance. Let’s start with Bluetooth. The newer version adds Bluetooth connectivity to this controller.  That’s really only meaningful to you if you plan on connecting the controller to a Windows 10 PC or other Bluetooth device.

Microsoft also claims better range with the newer controller but their claims are mainly based on the controller being connected to an Xbox One S console. Microsoft claims a maximum range of about 36 feet in a perfect world.  The bottom line is we wouldn’t expect to connect this to an Xbox One or One X and enjoying significantly better range than your old controller. 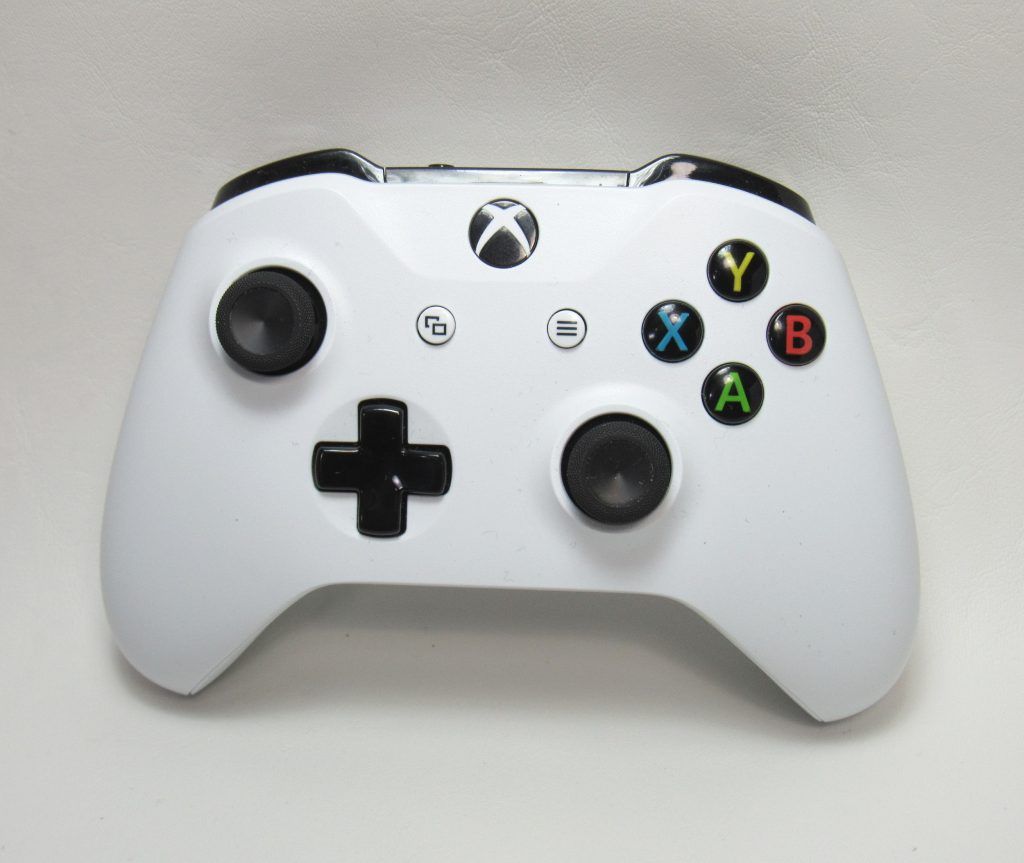 Although they are subtle changes, we really love the sleek look of the new controller face. The plastic being all one piece around the Xbox button looks pretty cool and a bit reminiscent of the Xbox 360 controllers we used to love so much. The contrasting black Xbox button looks pretty sweet and it works well with the black d-pad, buttons, bumpers and sticks.  We love the matte or satin white finish but we weren’t sure about how well the color and finish would hold up. Since white was all that was in stock at our local big box store, we put our fears aside. So far our concerns appear unfounded, but more on that later!

The only issue we’ve seen this far is the textured rubber surface on the thumb sticks wearing down. When we first handled the original Xbox One controller we absolutely loved the soft rubber stick surface. The texture and grip felt perfect. We had the same feeling with the One S controllers here. Unfortunately, we also had the same issue with the rubber surface wearing down quickly. After 3 months of moderate to heavy daily use, the rubberized grip on the sticks is wearing down. This isn’t a surprise but we’re still a bit disappointed.

Other than the issue with the sticks wearing, we’ve experienced no major issues with build quality or reliability. In fact, one of the controllers has survived at least a few falls from about 3 feet onto a hard plastic chair mat and carpeted floor with no issues. These won’t survive being thrown against a wall, but they have held up to clumsy gamer hands.

Does the White Xbox One controller yellow? This was one of our major concerns. So far the answer is a resounding no.  We don’t eat greasy snacks while gaming. That didn’t ease our minds. It seems natural that a white controller would look terrible pretty quickly. We’re a few months down the line with moderate to heavy usage and the white controllers still look just as white as the day we unboxed them. The plastic appears to be white all the way through so there shouldn’t be any concern about the white wearing off over time. We’ll update this review in the future if we have any issues.

One of the exciting new additions to the Xbox One S controller is Bluetooth. Bluetooth is really only a selling point if you like to connect an Xbox One controller to a Windows PC. It makes using a controller with a PC and a console very easy.  Previously a wireless connection to a PC required a proprietary Wi-Fi dongle from Microsoft or other trickery. The entire process just got much easier now thanks to the addition of Bluetooth. Official support for Bluetooth basically extends to devices running Windows 10 Anniversary Edition and on the handful of officially supported Android devices and OS versions. Visit this link for complete details.

We successfully paired our controllers with a variety of unsupported devices and games via Bluetooth. Unfortunately, results were very hit or miss. Remapping buttons to a proper configuration wasn’t always possible and most of the time things quickly became more trouble than they were worth.

This area is one of our main complaints during our long term white Xbox One controller review.  We have suffered from reduced battery life compared to our original Xbox One controllers. While we don’t have any exact numbers compiled at this point, we have noticed a difference. We typically use rechargeable AA batteries. We’re changing them much more often now than we were with the old controllers.  We have a hunch it has something to do with the improved wireless range claims. That is just an assumption and we have nothing to back that claim up. At first thought maybe the Xbox One controller is always broadcasting a Bluetooth signal but that doesn’t appear to be the case. As you’d expect, Bluetooth is initiated by physically pressing a button on the controller. We’re not sure where the decreased battery life is coming from but we’ll update this review if we ever do.

We’re nearly ready to wrap up our white Xbox One controller review.

This concludes our white Xbox One controller review up to this point. Should you upgrade? If you’re adding a controller to your console or need to replace a malfunctioning controller the answer is, absolutely! These make for a good replacement or additional controller. We’re happy with our pair of controllers up to this point. Our only two complaints are reduced battery life and slightly worn tops on our sticks.

With that said, if you have an original Xbox One controller that is working just fine there’s no real benefit to updating to this newer design. The main reasons to upgrade would be for aesthetics, the ability to connect to a Windows PC or tablet via Bluetooth, or for the potential increase in wireless range. If you’re looking to make a significant upgrade as far as performance and customization, consider the Xbox One Elite controller.

This controller is available pretty much anywhere that carries Xbox One consoles, games or accessories. The links below may be affiliate links. We may receive a small commission or reward if you complete a purchase after visiting them. See our External Links Policy for more information. Check the details below for current pricing and availability.

Get it at Walmart

Get it from Microsoft directly 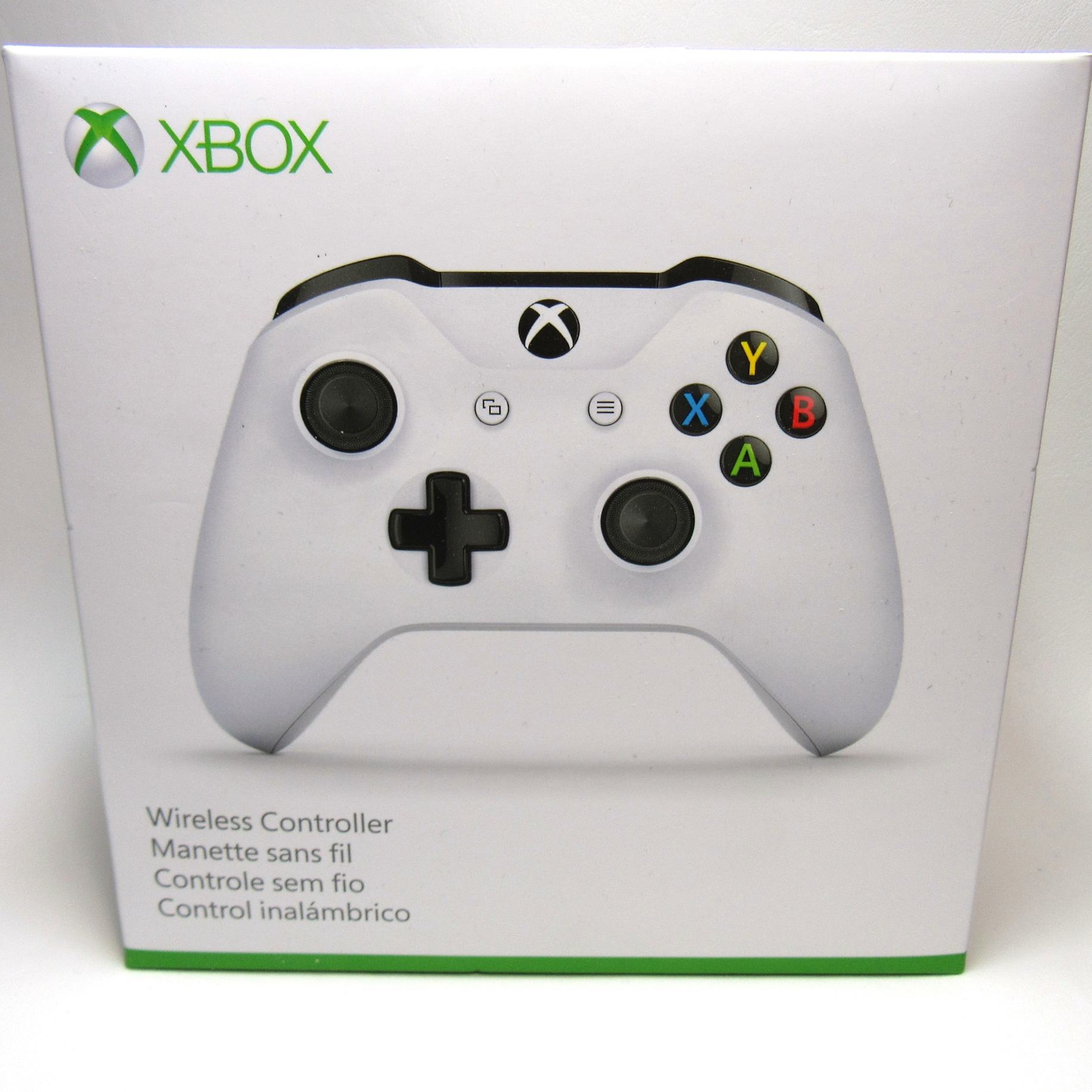 Buy on Amazon
Buy from Microsoft 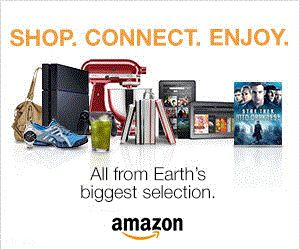